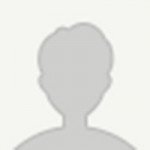 John took the time to understand exactly what I was looking for and only reached out to me when something appropriate came up. He has an excellent network of contacts and seems to have a terrific relationship with folks in the industry. I highly recommend John – he did a great job. 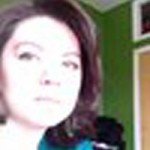 First I’d like to say that John Warren from A-List Associates did not find me a job.With that being said, the dedication and care that he showed by far surpassed all the other agencies I went to. He is extremely personable and we sat and talked for over an hour. He sent me on an interview for a position which I did not get but that had mostly to do with my lack of experience rather than me failing the interview. He explained to me why I wasn’t hired. Most of the other places I went to did nothing but give me empty promises. They made me feel like I had a chance at an interview but when it came time to actually back up their promises they were nowhere to be found. But John actually helped. He actually did something and though it wasn’t successful, the way in which he did it showed his professionalism and care and perhaps if you have more experience in the field in which you are looking (since I was actually changing careers) then maybe he can help you land a job. But either way, he was very kind throughout the whole process.

I met with John Warren in January and only sent me to the absolute best companies.  He treats you as if your his only client.  He makes himself available at all hours and is a TOP notch recruiter, BEST I have ever worked with. I’ve recommended a number of my friends to him, which have all landed fabulous roles.  I can say with confidence, I don’t think any other recruiters can compare to him and/or his connections in this industry.  “A-List = AWESOME JOB”

John at A-List Associates is

John at A-List Associates is truly a gem of a recruiter. Not only did he find me an amazing job but walked me through the whole process and kept in touch afterward to make sure that I was happy with my decision. I have reached out to John many times over the years for new opportunities for myself and colleagues and was always treated with the utmost respect & caring. John really takes the time to understand what you are looking for and put you in front of the right people, the right jobs. He doesn’t waste your time. Highly recommend!

I had the best experience at A-List. John truly cares about making the right placement for the client and company. Very professional, compassionate and a pleasure to work with. Plus, he placed me at an amazing company. I highly recommend his services!